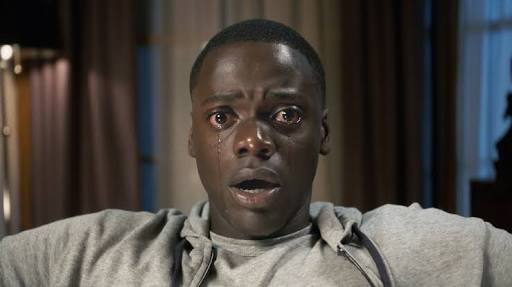 I say it again and again, there are good movies, then there are cinematic languages. Movies that define and illustrate a genre for generations to come. The Exorcist for horror was the defining milestone. Generating what is henceforth seen as the parameters of a good horror movie. 2017 was a year when Jordan Peeele changed it all together. His directorial debut ‘Get Out’ was almost an instant hit with being the highest rated movie on Rotten Tomatoes from that year.

We are here not to talk about how great the movie is, or how great Daniel Kaluuya’s performance was, or how great Peele’s execution of his screenplay was. We are here to talk about the movie as a new rover in cinematic language. Namely, the rover of documenting social history through film. Social history through film has been as a concept, time and again revisited to make sure it is left behind somehow. Movies on race and ethnicity do a good job only if the directors are conscious about dwelling into it, like Ryan Coogler with Black Panther, or those who chose to examine them from a rather distant mirror, like F. Gary Gray with Friday. ‘Get Out’ goes even further. It not only merely dwells into race, it questions everything around it. Horror is a genre best suited for this documentation. ‘Get Out’ not only does start a conversation, it actually dwells into the image of a black man, a further post-colonial look at the history of black community and a further examination into an empowered race yet subjugated by the tyranny of ignorant outlooks.

‘Get Out’ serves as a new cinematic language into the psychological thriller/horror genre. Definitely fading the lines between them often, it creates what is rather enchantingly a social horror. A weekend gone wrong wouldn’t be an outlook to scathe towards. A black man screeching his way out of a white man’s greed might better suit to it. Cinematic language of using cinema to document and retort at social context. A security that no one but the black man himself would provide to. It is only appropriate that Childish Gambino ‘Redbone’ serves as a background to this social horror. If the black community stays woke, only then would they remind each other of their presence. A presence yet seen under a grand scheme of nothing.

I have been an avid fan of the comedian Jordan Peele for a while. His commentary on the actuality of the black condition is something I have avidly looked forward to since his sketches on the same from the famed Comedy Central show ‘Key and Peele’ but specifically his sketch ‘Negrotown’. ‘Get Out’ draws greater horror than that 4 minute sketch could have ever aspired for. Yet there is a fine differential drawn between his comedy and his emotionality for the black condition. It resonates with the social history of each and every oppressed minority throughout generations. A community that wouldn’t find a voice had it not been for men like Keegan Michael Key and Jordan Peele. ‘Get Out’ would serve for generations, as a film to be taught, understood and interpreted as a commentary on race, much like ‘Moonlight’ by Barry Jenkins would be as a commentary on black sexuality. A fine film definitely, a better social reflection indeed.

This site uses Akismet to reduce spam. Learn how your comment data is processed.